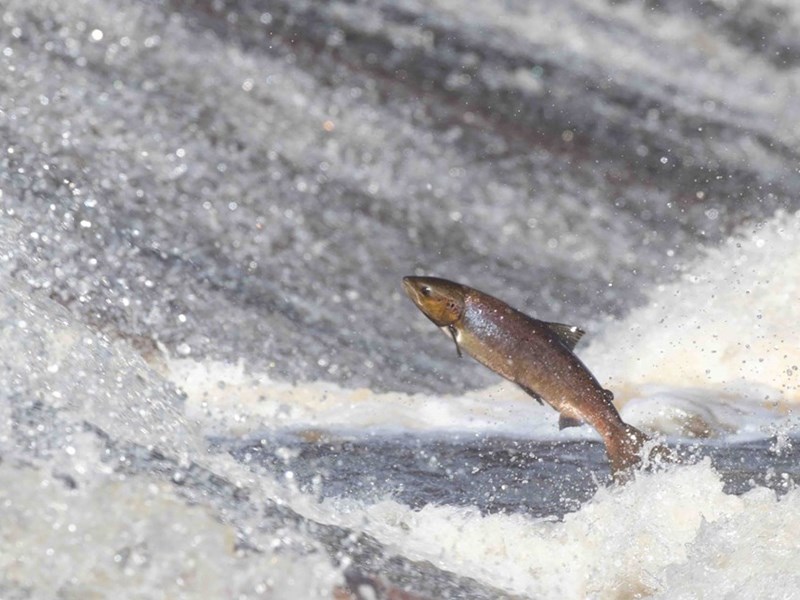 Conservation groups around Scotland have joined forces to call for urgent government action to save the country’s wild salmon stocks and stem rural job losses.

Today saw the release of the official Scottish Government catch statistics. 35,693 Atlantic salmon and 12,636 sea trout were caught in 2021, which are the lowest catches since records began in 1952. They follow years of sustained declines in salmon numbers, affecting rivers across the country.

Everyone who values their local rivers and their iconic wild salmon is being urged to join a national Call to Action, to speed up delivery of critically-important conservation measures.

Dr Alan Wells, Chief Executive of Fisheries Management Scotland said, “The Scottish Government recognise in the Wild Salmon Strategy that there is now unequivocal evidence that populations of Atlantic salmon are now at crisis point. The latest figures underline just how grave the situation has become. We are urging the Government to deliver its existing commitments without delay, and to go much further in all the areas where they have the power to make a difference. And we are asking all members of the public to join that call to action.

“An iconic national species is at stake, along with the ecosystems which rely on healthy runs of returning salmon. And fragile rural economies which are already struggling because of Covid restrictions and the cost of living crisis are facing a further squeeze from a decline in angling income. Jobs have gone. More are now on the line.”