In 2007, to celebrate 200 years of fisheries management on Tweed, and raise funds for the TF, the RTC published a book on its foundation and early years, written by Caroline Balfour. ‘Stoutly Opposed’ is a fascinating – sometimes humorous - account of the lawlessness which was rife on the River up to the 1700s, and how a few dedicated men sought to regulate and nurture its prime asset – the Salmon.

“This should interest anyone who fishes Tweed and wishes to understand the early days of its transformation from one of Britain’s most lucrative commercial fisheries in a truly great rod fishery….. What developed from the struggles between the various Tweed factions in the early 1800s served as a blueprint for the system of management of Scotland’s salmon…. By and large the fact that we still have significant runs of salmon owes much to district boards, which are structured … to balance conflicting interests…. This is an important volume, drawn from extensive, meticulous and original research.”

Copies (£10 including postage) available from the RTC, or (£7.50) from selected fishing tackle shops in the Borders.
All proceeds go to the Tweed Foundation. 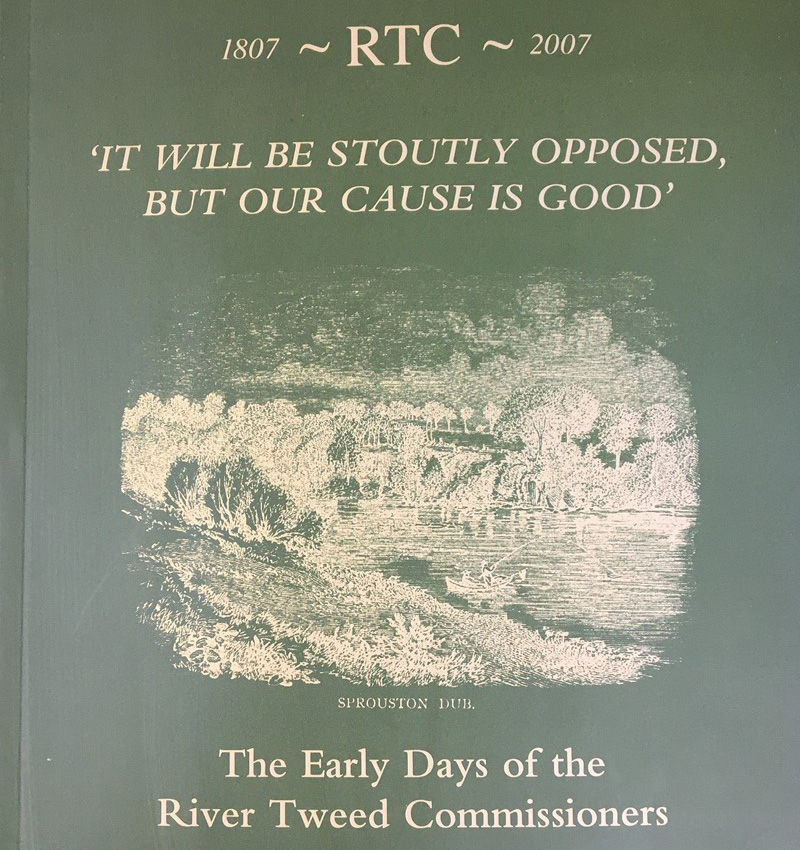