The River Tweed, or Tweed Water (Scottish), is a river 97 miles (156 km) long that flows east across the Scottish Borders and into northern England. Tweed is an Old Celtic name meaning "border" and tweed cloth derives its name from its association with the river, on account of the hundreds of mills powered by the river at one time. The Tweed is one of the great Salmon rivers of Europe and generates a large income for the local Borders region, attracting anglers from all around the world.  It is one of the best Salmon rivers in Scotland.

It flows primarily through the scenic Borders of Scotland and, eastwards from the settlements of Birgham and Carham, forms the historic boundary between Scotland and England.

The river's valley floor is a drumlin field. It is the relic of a paleo-ice stream that flowed through the area during the last ice age. The upper parts of the Tweed catchment form the area known as Tweeddale, part of which is protected as the Upper Tweeddale National Scenic Area, one of 40 such areas of exceptional scenery protected from inappropriate development in Scotland.

Major towns through which the Tweed flows include Innerleithen, Peebles, Galashiels, Melrose, Kelso, Coldstream and Berwick-upon-Tweed, where it flows into the North Sea. 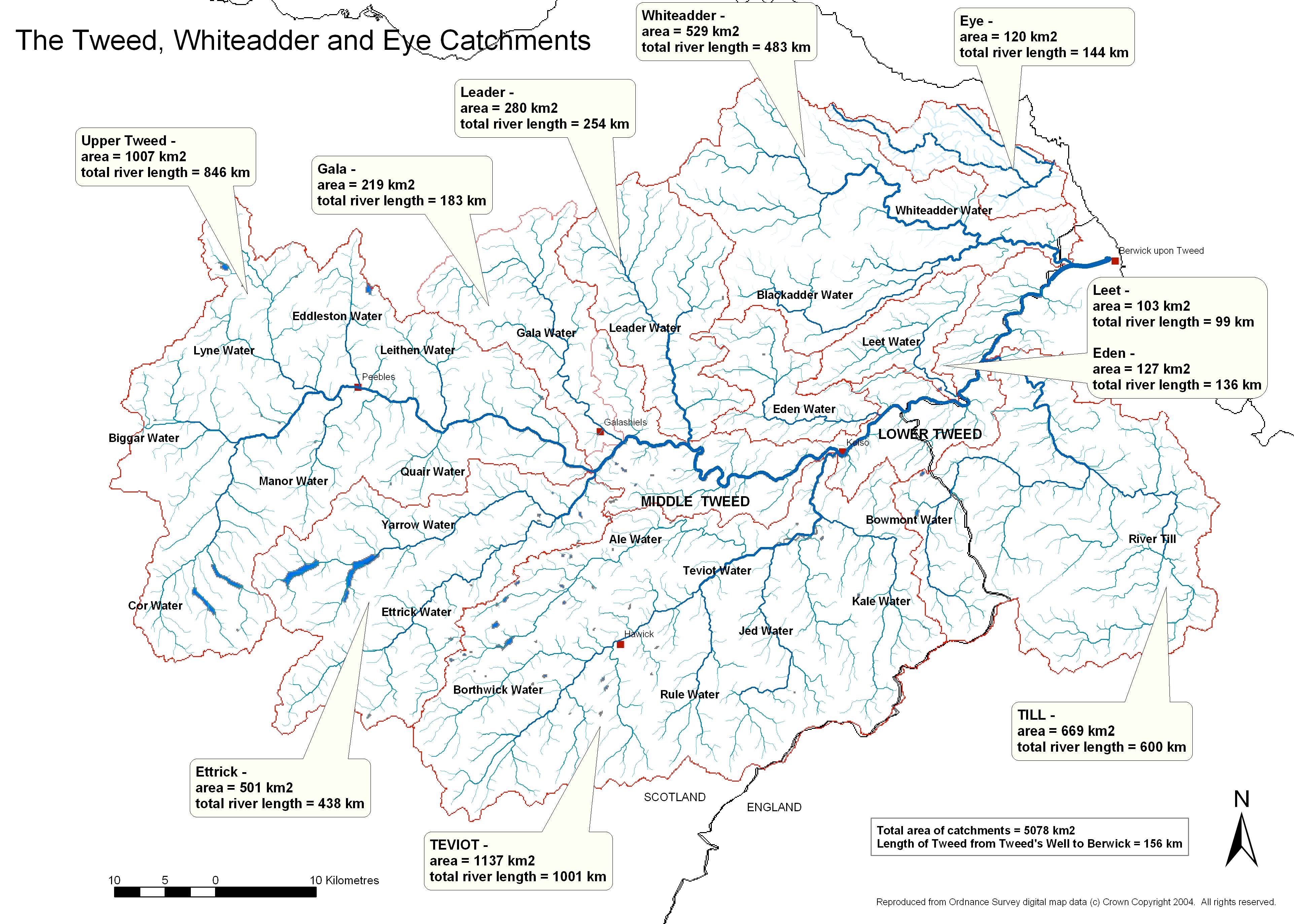